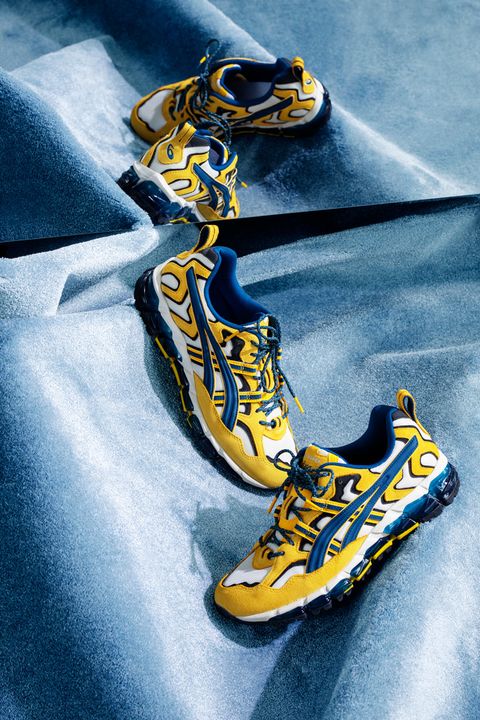 If you had to choose one thing ASICS is known for (and there are many), it would be the Japanese brand’s proprietary GEL cushioning technology. The first GEL-based running shoes were released in 1986, when ASICS presented the GT-2 and the FREAKS, both of which featured Alpha Gel cushioning in their tooling. Fast-forward to 2019 and GEL is still one of the best cushioning systems around, so much so that both casual lifestyle and high performance ASICS shoes feature the tech.

Now, ASICS is bringing back the ASICS GEL-1090 and presents the GEL-NANDI 360, both of which will be available exclusively via Highsnobiety Shop on November 6.