“It’s just a sea of inspiration: the chaos, the people, the food, the music, the language, like any metropolis in the world,” says designer Tokyo James of his home town Lagos, a city that continues to inform his collections, including his lauded Spring/Summer 2019 show shown at London Fashion Week Men’ and already worn by Nigerian musician of the moment Burna Boy.

African fashion is undeniably in the spotlight, and Lagos — a city with a population larger than London and New York combined (of which the majority are millennials) — is at the helm of this renaissance. For local creatives, the task of redefining menswear, and scaling domestically and internationally, has become far more complex than merely distilling aesthetics; with sustainability, identity, politics and cultural curation playing an equal role in why and how they do what they do.

The interest in Lagos and to a wider extent Africa can be attributed to a number of factors. From a global mood in the fashion industry that demands diversity be it in imagery, the merchandise, or the arbiters behind it, to demographics that indicate an unsaturated market, or merely that an insatiable quest for the new and desirable has finally led tastemakers to sub-Saharan Africa.

Yegwa Ukpo, pioneer retailer and founder of concept store Stranger and menswear advisor to luxury retailer Alara points out: “It’s been building up for a while, from the early 2000s when there was a lot of buzz about Nollywood and its kitsch value to football and from then music. Capture those interactions and you tend to get very rich innovation and creativity.”

His protégé, Adeju Thompson, creative director of Lagos Space Programme whose inaugural collection was a futuristic interpretation of what a modern-day witch-doctor might choose to wear adds: “The Lagos scene has always been cutting edge, it’s just very refreshing that we’re finally being acknowledged,” he says. “Regarding menswear, we’ve made progress and designers know it’s up to them to influence these new narratives that men can be vulnerable… digging deep and tapping into both personal burdens or triumphs [to] make honest work.”

Ukpo explains that Nigeria is a patriarchal society, and patriarchy by its very definition is very oppressive. But oppression, he says, creates this pressure cooker where people have to respond in order to create a counter force to explore different avenues for masculinity in terms of fashion.

Assisting the designers in this mandate, one we see echoed not only in Nigeria but also globally, are image makers such as photographers Kadara Enyeasi, Stephen Tayo, Lakin Ogunbanwo and Manny Jefferson. Buttressing the scene are interdisciplinary spaces such as 16/16 and HFactor owned by gallerist/hotelier/patron of the arts Tushar Hathirathmani, that act as an incubator, occasional shop-front and social hub for collaboration.

In an age where authenticity is prized above all else, Lagos’ bold energy and unique story are too significant to ignore.

Fashion acts as an important nexus for how culture is both perceived, maintained and consumed. Notable among the new guard of Nigerian menswear designers is the synthesizing of old ways of crafting with new ways of thinking. LVMH Prize finalist, favored outfitter of Childish Gambino and poster boy for African luxury Kenneth Ize has made the ancient, artisanal practice of woven cloth central to his collections with his signature kaleidoscope scarves, jackets and trousers coveted globally.

On the role that fashion has to play in defining contemporary mores Ize is emphatic: “Culture moves faster than politics. Culture is something that people want to sit down and listen to. I feel that clothes and design are a way of politics.”

Chiming with fashion’s role in posing questions and defending bigger themes is Maxivive, a brand founded by Papa Omoyemi, who is at the vanguard of campaigning for greater acceptance of LGBTQ communities. Maxivive’s viral collections and shows often challenge the conservative perspectives of older generations, such as his references to cult documentary “Paris is Burning”.

“My brand started over a decade ago, when fashion in Lagos was really half-closed to what we have now. I have been evolving with time but stayed absolutely true to my aesthetic,” Oyeyemi says.

But buzz aside, can Lagos be viewed as a fashion capital in the conventional sense?

Adebayo Oke-Lawal — founder of Orange Culture — which has found success oversees, echoes many in the scene when he states: “I would say that Lagos is becoming a fashion capital.”

This sense of transition is reiterated by designer Tokyo James who adds: “Lagos is an emerging fashion capital [but] there’s still so much work to be done in order for us to have that title. However we’re constantly evolving and adding to the global conversation.”

The city has a surfeit of fashion platforms: Lagos Fashion Week is arguably the most comprehensive and established, with GTB Fashion Weekend attracting marquee international guests and designers and the recently re-booted Arise Fashion Week garnering media attention via its association with Naomi Campbell. Oke-Lawal further adds that “Style House Files (who run Lagos Fashion Week) have had a huge stake in carving how the industry finds structure and creating platforms that also support local talent.” One such initiative was a pop-up at London’s Selfridges featuring a collaboration between Orange Culture and musician Davido.

Other markers still need to be met, however, argues Thompson. “A great fashion capital should have an impressive garment production sector, adequate support from government and good fashion design schools… People need to learn how to do things right, we need to fix the basics before we start comparing ourselves to New York,” he says.

Commercial success and longevity are challenging as retail veteran Ukpo observes: “We can’t get away from the fact that fashion is expensive, and you have a populace where most people can’t afford it so what ends up happening is a small group of customers are heavily contested by brands.”

For designers to survive, innovation is key Oyeyemi elaborates. “I’ve grown my brand in such a way that we tend to a wide range of people through sub-brands and varying products.” Offering bespoke, ready-to-wear and diffusion pieces have allowed customers at different income levels to participate.

For James “the internet is the best thing ever for customers, it’s been a lifeline.” Oke-Lawal agrees and explains how his stockists have increased through newly found exposure on social media.

“We don’t have a fully-fledged retail system in Nigeria and we all need to be more business-minded,” says Ize, who might be the one putting Nigerian fashion on the global map when this year’s LVMH Prize winner is finally announced next month. “My goal for the brand is for it to have a legacy, it’s why we’ve been archiving our pieces, Nigerian people don’t document things you know, and I refuse to be in that box.”

The approach is certainly a canny way of capturing current social and creative capital for future profit. But for now, the new guard of menswear designers in Lagos have a well of experiences and realities to draw upon, as Oke Lawal puts it: “Our stories are so strong… we have a lot to reference culturally, plus there’s a sort of rawness too.”

It’s clear that African menswear is on the rise and the wider fashion world is about to be woken up. 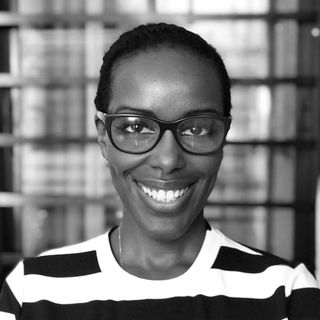 Words by Mazzi Odu
Most Popular