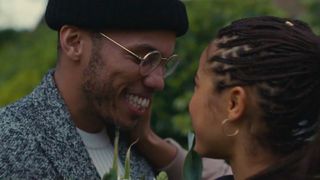 After dropping “King James,” Anderson .Paak delivers his next single “Make It Better” from his forthcoming album Ventura, which drops on April 12. The new track also debuted with an Andy Hines-directed video.

As the song’s title suggests, “Make It Better,” which features Smokey Robinson, is a smooth jam in hopes of making a romance work. In the video featured above, Grammy-nominated director Andy Hines captures the highs and lows of a relationship, but ends on a positive note.

.Paak has also unveiled plans for his “Best Teef in the Game Tour” across North America, which will include support from Thundercat, Earl Sweatshirt, Noname, Mac DeMarco, and Jessie Reyez. Peep the full list of tour dates and which artist will be featured alongside .Paak below.

You can also pre-order a physical or digital copy of Ventura with merch bundles here.

9 Insanely Expensive Accessories to Make You a Better Cyclist
SelectssponsoredMarch 5, 2020

8 Insanely Expensive Accessories to Make You a Better Chef
SelectssponsoredFebruary 7, 2020