Josselin’s travels took him to national parks across the region, including Yellowstone, Death Valley, Joshua Tree, and Grand Teton, where he says he watched “hundreds of shootings stars crashing through the firmament.”

The pictures he took document the places, communities, and wildlife across some of the United States’ most rugged and untamed places. “We met Kathryn — she has a farm in Montana, near Glacier National Park,” the photographer says. “At night, grizzly bears come to the farm to snap up apples from the big garden surrounding the farm.”

While in Montana, Josselin attended a rodeo, which he describes as “the American experience.” Describing the atmosphere, Josselin refers to “national anthems, bull-riding, cow-wrestling, cowboys all over the place, hot dogs, and drinks all over the place,” which is presumably overwhelming and fascinating for a European experiencing these things for the first time.

With such beautiful, untouched surroundings, the photographer made a point of keeping his trip as sustainable as possible, camping out most nights and avoiding the use of plastic whenever possible. “We used Thermos flasks, stuff we could reuse, bought stuff at the local supermarkets instead of big brands,” he explains.

Check out Josselin’s stunning photo set below, and then let us know your thoughts in the comments.

Now, head to Manila, where Lester Jones shows us what the Philippine capital is all about. 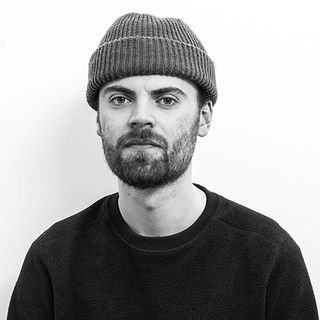