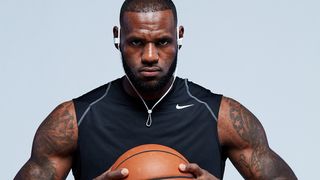 Beats by Dr. Dre has announced a marketing and merchandising partnership with the NBA, which will make it the official headphone, wireless speaker, and audio partner of the NBA, alongside the WNBA, NBA G League, and USA Basketball beginning October, when the NBA season kicks off.

Under the terms of the extensive partnership, Beats will establish separate deals with NBA teams to launch audio products for NBA fans, including NBA team-branded headphones. Additionally, Beats plans to provide headphones to players and advertise during major events like the NBA All-Star, NBA Draft, international games, WNBA games, and more.

Luke Woods, Beats by Dr. Dre president, said that the company’s partnership with NBA is the “perfect alignment.” “The NBA and its players have long been significant drivers of global culture. Basketball, music, and style speak as one voice: Julius Erving became a style icon, Allen Iverson cemented hip hop’s place on and off the court and LeBron James is breaking new music every day… the list goes on and on,” he said. “This partnership with the NBA is the perfect alignment for Beats. It feels like coming home.”

Up next, read our exclusive op-ed, explaining why the NBA’s new sneaker policy isn’t as groundbreaking as you think.

Marrying Culture and Technology: The Story of Beats by Dr. Dre
DesignsponsoredApril 2, 2020

Sponsored Story
In the Studio With Mobilegirl: On Inspiration & Creating Alternate Realities With Music
DesignsponsoredApril 6, 2020

These Garish Beats x Graff Diamond Headphones Will Set You Back $750,000
DesignsponsoredJanuary 31, 2020