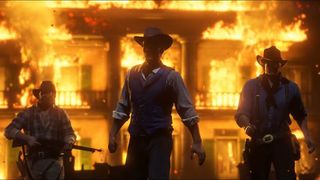 UPDATE: April 1, 2019 10:45 a.m. EST: Lil Nas X commented about the controversy in a recent interview with Time. During the discussion, he expressed that the issue is specifically about “country trap” and has nothing to do with race. “I believe whenever you’re trying something new, it’s always going to get some kind of bad reception,” he said. “For example, when rap started, or when rock and roll began. But with country trap, I in no way want to take credit for that. I believe Young Thug would be one of the biggest pioneers in that.”

The track, which merges music genres by blending banjo strums, bass, and hip-hop vocals, went viral thanks to the #YeeHawChallenge on TikTok. Further marking its wild success, earlier this week it debuted across several Billboard Charts at once: the Hot 100 chart, the Hot Country Songs chart, and the Hot R&B/Hip-Hop Songs.

Now, however, Billboard has removed it from the country charts because apparently, the track isn’t country enough, after all. A statement obtained by Rolling Stone explained that “it was determined that ‘Old Town Road’ by Lil Nas X does not currently merit inclusion on Billboard‘s country chart.”

“When determining genres,” it continued, “a few factors are examined, but first and foremost is musical composition. While ‘Old Town Road’ incorporates references to country and cowboy imagery, it does not embrace enough elements of today’s country music to chart in its current version.”

Since then, a number of celebrities, including Ski Mask the Slump God, Tyga, Joe Budden, and even Billy Ray Cyrus came out in support of Lil Nas X following the removal of his viral hit “Old Town Road” from Billboard’s Hot Country Songs chart.

"Don't try and think inside the box. Don't think outside the box. Think like there is no box." #HorsesInTheBack

THIS was my EXACT point… Y’all keep letting them tell you how to categorize what’s YOURS!!!! Lol smh https://t.co/gHD4zSLTWW

Revisit “Old Town Road” and its accompanying video (which is staked with cowboy imagery) above.