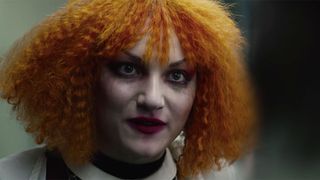 Netflix‘s mind-bending sci-fi show Black Mirror is dropping its first ever movie Bandersnatch, rumored to be a choose-your-own-adventure story, and its first trailer has arrived. Watch it above.

Listed as its own entity aside from the 19 other Black Mirror episodes, Bandersnatch will be a 90-minute long feature, the longest in the series to date. As for what the movie will be about, or whether this will be the episode in which Miley Cyrus stars, is yet to be known. However, the word “bandersnatch” comes from Lewis Carroll’s 1871 book Through the Looking-Glass and is described by Oxford Dictionaries as “a fierce mythical creature immune to bribery and capable of moving very fast,” which could perhaps give us a little hint at what to expect from the film.

Are you hyped for an extra-long dose of Black Mirror? Let us know in the comments.

In other news, Macaulay Culkin is “Home Alone Again” in Google’s holiday ad.

Netflix Drops ‘On My Block’ Season 3 & Everyone Is Losing It
MoviessponsoredMarch 11, 2020

A Powerful Pokémon Is Out for Revenge in Netflix’s ‘Mewtwo Strikes Back—Evolution’
MoviessponsoredJanuary 22, 2020
What To Read Next
Load More
Search Results
Load More