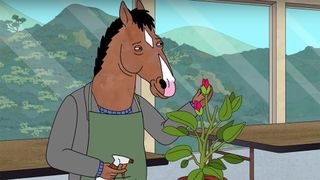 The season six trailer finds BoJack in rehab as he has evidently become quite adept at writing letters. Press play above to check it out.

BoJack Horseman was created by Raphael Bob-Waksberg and stars Will Arnett as the voice of the titular character. Arnett also serves as an executive producer for the show alongside Breaking Bad star Aaron Paul.

you just watch it i live it https://t.co/k2F9WjyEMo