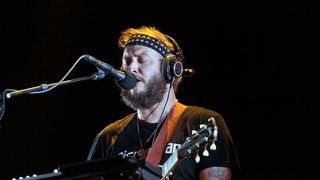 Following the i,i listening events, Bon Iver‘s fourth studio album has been released ahead of schedule. The digital version of the record was slated to drop at midnight, but appears to be available now excluding the intro track “Yi.” Earlier this morning, the group shared eight of the songs in a playlist.

The project features contributions from James Blake, Moses Sumney, Wye Oak’s Jenn Wasner, Bruce Hornsby, and Wheezy. The physical release of i,i is still set for August 30 via Jagjaguwar. Scroll down to stream the full album on the platform of your choice.