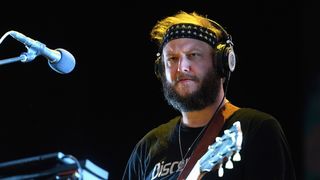 A new Bon Iver album seems imminent, as the band follows up its two new songs with a cryptic trailer. The one-minute clip titled “Sincerity is Forever in Season,” features several older Bon Iver songs over beautiful nature scenes that progress from winter through spring and summer, and finally to fall.

“Now it might be autumn. It might be,” the narrator says, possibly referencing the yet-to-be-named album’s release date. It could also be in reference to the band’s “autumn” tour, which kicks off at the end of August and runs through October.

Bon Iver previously performed two new songs, “Hey Ma” and “U (Man Like),” at All Points East Festival while directing fans to the mysterious website icommai.com.

The trailer also includes the tagline “Keep It Restaurant,” which could possibly be the name of the album. Along with that, the title card includes production credits for Chris Messina, who engineered 22, A Million, and longtime collaborator Brad Cook.