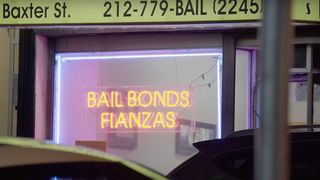 Bring Down The Walls, a new NYC-based event series is bringing house music back to its political roots. The project, which is a group effort between Phil Collins and over 100 collaborators, is calling for an end to mass incarceration.

Every Saturday in May, Bring Down The Walls will takeover The Firehouse, a decommissioned fire station in lower Manhattan, and turn it into a community space and nightclub, as reported by The FADER.

By day, the space will transform into a classroom with “conversations, workshops, and convenings” from a range of former prisoners and activists working to end mass incarceration. At night, the venue will host DJ sets from some of New York’s coolest parties, including House Of Vogue, Soul Summit, Brujas and Papi Juice. What’s more, everything at Bring Down The Walls is completely free.

But Bring Down The Walls isn’t just for New York residents. Alongside the physical events, the project is releasing an album of classic house music covers. The album is coordinated by Phil Collins and features artists like Empress Of and Nguzunguzu working with former inmates who provide vocals.

Listen to a snippet of the album featuring the voice of previously incarcerated singer Cameron Holmes, on a remix of Robert Owens’s 1986 classic “Bring Down The Walls.”

The idea for the project was sparked seven years ago when Phil Collins was working on a film about a day in the life of a prisoner. “In the end it didn’t work out,” Collins explained to The FADER. “But the connection built around dance music made me think again about its radical, communal, and political potential.”

“I knew that I wanted to use house culture as a lens through which to look at the prison industrial complex,” he continued. “Historically, in the 1980s there was an overlap between the exponential rise of mass incarceration in the U.S. and the emergence of a new dance sound coming out of the communities disproportionately targeted by regressive criminal justice policies like the War on Drugs and the three-strikes laws.”

Ultimately, the goal of Bring Down The Walls is to instill a drive in visitors to change the current system of mass incarceration. “I hope that, when they leave, the guests will have taken with them some of the spirit of the project,” Collins says.

“I also hope and expect that Bring Down The Walls the album will continue to live in the world, in other clubs and at other parties, in people’s homes and cars, on turntables, in their everyday lives, and that each time they hear these tracks they’ll be reminded of the people who sing them and the catastrophic impact of a punitive and unjust system which sentences people of color and the poor discriminately and disproportionately, but impacts us all. To live with prisons is to live in a prison.”

Head to The FADER for the full interview and sign up for free tickets to Bring Down The Walls here.