For those of us who came of age while Britney Spears was shaking her glistening midriff during the tail end of the ’90s, it’s hard not to have a soft spot for the former teen pop princess and sex icon.

For the formative years of our millennial youth, she supplied us with high-fructose bangers year after year – reeling us in with “Hit Me Baby One More Time” in 1998, piquing our interest with 2001’s “I’m a Slave 4 U,” solidifying our adoration with “Toxic” in 2003 and taking a shot at comeback territory with this year’s “Slumber Party.”

A lesser-known side to our Brit, though, is her Instagram account, which we can only describe as delightfully basic. Full of princess kittens, motivational quotes, all-rose-everything and off-the-cuff, unfiltered selfies, it’s a refreshing antidote to the rest of the painfully cool and hyper-relevant IG denizens that populate our feeds.

So, we’ve rounded up the most delightfully basic, Brit-tastic social media posts of all time:

These hoodies are a huge hit at our house!! ????? pic.twitter.com/DI0kEtPhqr

If you’re wondering what having Britney Spears for a mom is like, it looks kind of like this. You’re trying to leave the house in your new recently copped city-camo BAPE shark hoodie but then you’re stopped for a photo moment for social media. Classic Britney, and without a doubt the co-sign of the year.

At this point, the irrelevance of the apple emoji is unimportant.

Who doesn’t love a sky-blue cat wearing a princess crown surrounded by roses and rainbows? Hitler youth and schoolyard bullies, that’s who.

Brit has captioned this one with an observant “Meeeoooooow!!!”, and it’s hard to decide who’s cuter: her or the princess kitten.

The Random Chess Board

Very interesting. I need to learn how to play!

Britney, bless her, is not afraid to reveal her ignorance about certain topics, and in this IG post she lets on that she doesn’t know how to play chess – while reaffirming her willingness to broach new horizons and learn. Queen.

Faux-naughtiness in the form of children’s memes is about as charmingly basic as it gets, and Miss Spears has outdone herself with this one.

Are minions known for their proximity to naughtiness, or satan? Was underlining and bold text necessary? Britney doesn’t concern herself with these trivialities, she just shoots from the hip and shares from the heart.

The Parisian Chihuahua in a Shoe

Just adorable, this cartoon image of an apparently very rich and bejeweled Parisian chihuahua hanging out inside a high heel… as you do.

The Cupboard Full of Nana Shit

Only the hardest of hearts won’t soften upon seeing a delightful mash-up of pastel-colored crockery interspersed with the odd cupcake or two, and Britney has probably the softest heart of us all – so naturally she smashed that “share” button and added an “Exquisite” caption for kicks.

I think she's over it lol ?

“I think she’s over it lol,” Britney quips observantly, after sharing this image of a seemingly depressed cartoon adolescent poking an outsized hummingbird in the face.

What does it mean? Why does it matter? Who cares? We all feel the crushing weight of existential angst from time to time, and Brit knows that this image conveys that feeling perfectly.

Only the thoroughly misguided and woefully unscientific could possibly disagree with this one. Move over, Darwin.

You may be detecting a running theme: Britney loves a good, highly-doctored image of a rainbow-colored kitten with weird props on its head, and why wouldn’t she?

The Regram of Wonky Lauren’s Ice-Cream

Imagine how blessed Instagram user @wonky_lauren felt when she realized pop icon Britney Spears was so taken by her holiday snap of an ice-cream at the beach that she regrammed it to her millions of followers.

This is so me lol

“This is so me lol,” quips Brit, but the thing is, it’s so all of us. Conservative estimates show that 107,600 of us know the feeling of not knowing what the fuck you’re feeling, but the only thing we’re feeling right now is deep Spears solidarity.

As demonstrated here, here and here, the birthday girl loves nothing more than a simple cup of tea in a fancy tea cup, whether it’s from her own cupboard or from the ~cupboard of her dreams~.

As you scroll down your IG feed full of vainglorious ballers flexing their Hublots and Louis loafers, take a moment to appreciate Britney, content with little more than a simple cup of tea in a fine china cup.

The Piglet Who Is Chill AF

Few among us can remain unmoved in the face of a piglet wearing oversized Bono-style shades, and Britney is no exception, letting out a virtual squeal of “Baby piggy! Too cute!!” in response to this charming image. Too cute, indeed.

It’s so TRUE because when you meet a boy that’s cute AND meets your basic human needs for communication AND sustenance you DO want to sing to the heavens about it! UGHHH!

Truly, who among us hasn’t felt like a poorly-rendered stone man with his glowing heart kept captive by a rudimentary wooden door and padlock?

Britney knows that we know, and that’s why she left this one poignantly uncaptioned.

Nothing screams “tomboy” quite like a highly-femme, conventionally attractive, blonde pop star-cum-mother of two who never dresses like a boy, ever…

The Picture of a Toasted Sandwich She Posted Twice

Brit was so proud of this mediocre toasted sandwich shaped like a heart that she shared a picture of it twice, and in response we have nothing but respect for the level of commitment to a good lunch and lack of fucks given.

The Picture of a Picture She Took at the Mall

Found this at the mall ? so pretty!

Here, Britney has ventured into the outside world and captured a fashion sketch in the wild, at her local mall. Bonus points for the level of reflective glare and for the visible outline of Brit taking the picture – bless!

Every day I make my children say three things they are grateful for and it keeps getting better! ??

If you’re in need of some uplifting motivational quotes, don’t bother visiting purehappylife.com directly. You can cut straight to Britney’s Instagram account for the highlights, such as this garish green ocean scene overlaid with a call to be more grateful. You’re welcome.

The Call to Action for Freaks and Outcasts Everywhere

Stay weird, guys, like our normie celebrity pal Brit who posts endless pics of flowers, kittens and motivational quotes on Instagram, the classic hangout for weirdos the world over.

If you missed it at the time, check out Britney Spears doing Carpool Karaoke here. 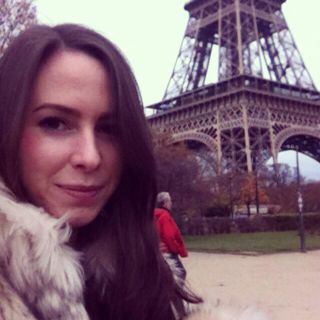