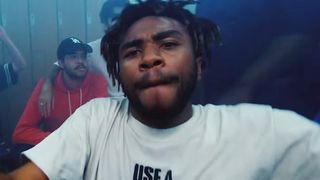 BROCKHAMPTON have dropped their latest single “1997 DIANA” from their forthcoming album The Best Years of Our Lives. The single, which is the third to be released from the project, is accompanied by a high energy video directed by Kevin Abstract.

The squad can be seen getting lit in the gym, alternating between a sweaty locker room and dishing out their bars on the basketball court. The song follows the release of “1998 TRUMAN” which initially premiered on the group’s Beats 1 show.

According to the group’s label, Question Everything/RCA, The Best Years of Our Lives will be out soon and serves as a follow up to the 2017 SATURATION trilogy.  In the meantime, here’s everything we know about the upcoming LP.

Next, watch Drake take over London in his new video for “Nonstop.”