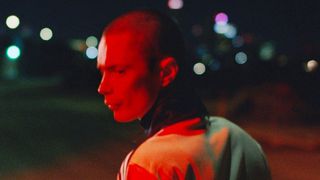 Parisian artist Brodinski has already had the pleasure of working with some of rap’s biggest names including Kanye West, Danny Brown and 21 Savage. Today, the DJ and producer returns with a Pavel Brenner-directed short film for his Peewee Longway-assisted single “Split.” The visual takes cues from the iconic MTV series Pimp My Ride as it unravels a classic tale of revenge set somewhere between Los Angeles and Eastern Europe in the early ’90s.

Car-tuning obsessives will appreciate the pounding production. On top of that, the characters rock some sick tracksuits. If you need more convincing, Virgil Abloh officially co-signed the visual on Twitter.

“Split” marks the lead track off Brodinski’s forthcoming EP, the follow-up to his 2017 mixtape The South Patch Kid. Stay tuned for more details and watch all the action come to life in the video above.

In other news, Chance The Rapper recently received an Emmy nomination. Get all the details right here.

Kanye West, Virgil Abloh & Other Major Designers That Are Influenced by Bauhaus
DesignsponsoredSeptember 23, 2019

An Exhaustive Timeline of the Most Important Dates in Music Merch History
MusicsponsoredNovember 11, 2019
Follow
Highsnobiety Music
What To Read Next
Load More
Search Results
Load More