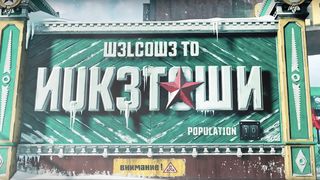 Fan-favorite map Nuketown has arrived on Call of Duty: Black Ops 4. Reimagined by Activision and Treyarch, the compact stomping ground is now available to play on PlayStation 4.

Nuketown has been one of the Call of Duty: Black Ops series’ key battlegrounds since the first title’s ’50s-style suburbia. The map’s close-quarters combat has been the backdrop for some of the series’ most frenzied gameplay over the years. As you can see from the footage above, the map’s basic layout hasn’t really changed but the backdrop has, as is the norm every time the map is reintroduced. This time around, it’s set in an icy Russian nuclear missile testing site.

Nuketown is currently available only on PlayStation 4 with no word yet on when it will arrive on Xbox One and PC.

What do you think of the Nuketown map? Share your thoughts in the comments.