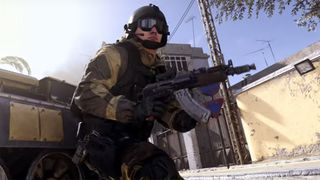 Activision and Infinity Ward have officially premiered the multiplayer reveal trailer for Call of Duty: Modern Warfare ahead of the game’s worldwide launch in October. In addition to the trailer, gamers can get a complementary look at the multiplayer action via an exclusive global livestream featuring some of the world’s leading streamers.

Get a first look at new weapon customization, new game modes, and much more. #Modernwarfarehttps://t.co/hyBzYelEz9

Modern Warfare multiplayer allows players to jump into new spaces and take part in everything from quick-action to close-quarters two versus two experiences in Gunfight, traditional six versus six multiplayer gameplay, 10 versus 10 and 20 versus 20 firefights, and a large-scale mode supporting more than 100 players. Subsequently, gamers can utilize the most expansive arsenal of weapons in Call of Duty history to be well equipped for all types of combat. You will also notice realistic recoil and weapon ballistics featured throughout the game. Now, multiplayer gameplay maps include night vision goggles in addition to various other gameplay mechanics.

The most robust weapon customization in Call of Duty history.

“Our goal with Modern Warfare is to bring all gamers together from day one to play together,” said Patrick Kelly, Creative Director and co-Studio Head, Infinity Ward. “We’re doing away with the season pass; we’re delivering a mix of free maps, a ton of content following launch, and we’re developing the game for crossplay. We’re live-testing now, and fans will get to try for themselves next month in the Beta. This is a new day for Call of Duty multiplayer, and today is just the start — we have many more exciting reveals coming for fans that we can’t wait to share.”

Modern Warfare Open Beta goes live for everyone September 14 to September 16. The game launches globally for PlayStation 4, Xbox One, and PC October 25.