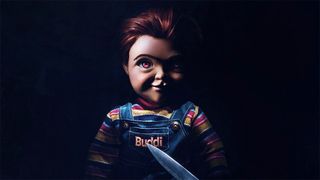 As we are nearing the release of Lars Klevberg’s much-anticipated Child’s Play reboot, Orion Pictures this week shares another clip from the movie. Here, we get to listen to Mark Hamill voice Chucky for the first time ever.

The brief video finds Chucky, a Buddi doll gifted to a young boy Andy, taking on multiple forms of technology to torment Andy. As opposed to the original film where Chucky is possessed by a serial killer, the 2019 remake sees the doll’s programming being hacked to unlock unlimited potential.

Chucky Is Back & More Sinister Than Ever in New ‘Child’s Play’ Remake
MoviessponsoredFebruary 8, 2019