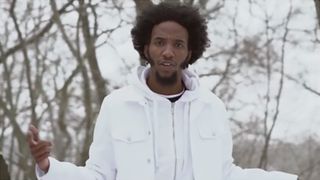 Brooklyn rapper and founding Pro Era member CJ Fly is back after a year hiatus, delivering the official music video for “Diamonds.” The track can be found on CJ’s debut studio album, Flytrap, which released in December of 2016.

In the Chevy Wine-directed aesthetic, we thus find CJ Fly enjoying a snowy stroll through the park. Press play above to check it out.

For more music, don’t miss out on SZA’s new video for “Doves in the Wind” with Kendrick Lamar.