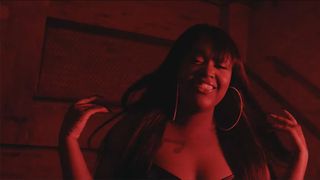 cupcakKe has dropped the official music video for her latest single “Bird Box.” The song, which takes aim at Jordyn Woods and Jussie Smollett, was released earlier in March.

Unlike some of her other videos, this one’s completely safe for work, with cupcakKe delivering hard-hitting lines with a friend in a red-lit warehouse. She shared a hilarious video, definitely NSFW, for her song “Squidward Nose” at the end of February.

Revisit our take on why cupcakKe was the most important rapper of 2018 right here.

Roddy Ricch Is Unstoppable in His New Video for “The Box”
MusicsponsoredFebruary 29, 2020