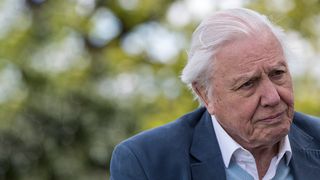 David Attenborough has just launched the Songlines Remix Competition. He’s asking you to remix his 1965 field recordings of a performance of Balinese gender wayang, a style of Indonesian gamelan featuring two metallophones and a pair of drums. Take a listen above.

The documentarian made the recordings with an old tape recorder while traveling to remote parts of the world for Zoo Quest, after he persuaded the BBC to let him go to Indonesia to search for the Komodo dragon.

UK-based musicians have until 6 pm on Monday, June 10 to download the track, “Gender Wayang,” and submit their remix via a private SoundCloud link.

A shortlist of six tracks will then be released for the public to vote on from July 19 until September 15, 2019. The winner will be announced on November 1 ahead of the Songlines awards ceremony on the 30th of that month.

Inter Miami’s First-Ever Home Jersey Is the Best MLS Has to Offer
StylesponsoredFebruary 24, 2020