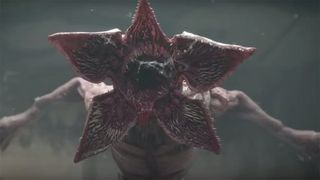 Survival horror game Dead by Daylight will be rolling out a new update soon, bringing Netflix’s hit original series Stranger Things to the gaming universe. The new chapter sees Nancy, Steve, and the Demogorgon joining the Dead by Daylight roster.

Dead by Daylight‘s Stranger Things chapter introduces two survivors and a new killer to the realm of The Entity, as the Demogorgon is the killer, leaving Nancy and Steve the survivors. The update comes with a new map, the Underground Complex, located below the Hawkins National Laboratory. This ghastly compound is responsible for releasing dozens of creatures prior to being sealed off.

You can look forward to the Stranger Things chapter coming to Dead by Daylight in September for PC and consoles.

This Wild ‘Stranger Things 4’ Fan Theory Suggests Eleven Could Be the Next Big Villain
MoviessponsoredAugust 13, 2019