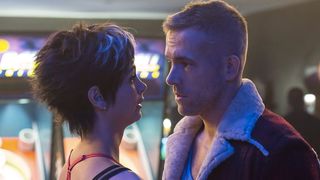 Given comic-book movies are known for being self-referential, it didn’t take for long for Rotten Tomatoes to share an easter egg video on Deadpool 2, which recently landed in theaters.

Warning: if you’ve yet to watch the film, there are spoilers ahead. For a quick recap, re-watch the trailer below then read on for five easter eggs you might have missed.

In Deadpool 2, the “Merc with a Mouth” fails to kill a target on the eve of his anniversary with girlfriend Vanessa. The target in turn kills Vanessa and Deadpool avenges her death by killing him. Shortly after, Wilson tries to kill himself but is revived by Colossus. What’s left is a skeeball token from Wade and Vanessa’s first date in the first movie.

In the first film, Wilson tells roommate Blind Al that he has buried 160kg of cocaine and “the cure for blindness” in his apartment. The sequel sees our hero unearth the stash with a package labelled “cure for blindness.”

Deadpool 2 opens with the image of a music box featuring Wolverine impaled on a tree, as seen in 2017’s Logan. A number of X-Men characters also appear throughout the film, as well as a subtle reference to Archangel, who is referred to as the “putz with giant pigeon wings.”

An epic car chase takes place on a road called Gerry Duggan Parkway, a reference to the comic book writer known for reviving the Deadpool comics in 2012. The same chase scene passes by a mural of Marvel co-creator Stan Lee and an ice cream truck labeled “Pryor’s Treats,” a reference to Madelyne Pryor, a clone of Jean Grey who marries Cyclops in the comics, becoming mother to Cable — who features in Deadpool 2. Phew.

There are way too many to note here, but let’s just say watch out for shoutouts to George Michael, James Bond, Tom Cruise, Matthew McConaughey, and a slew of ’80s movies.

For a full breakdown of the easter eggs littered throughout Deadpool 2, check out the full video above. And if it missed anything out, let us know in the comments below.

In other movie news, ‘Bill & Ted 3’ is officially in the works.

All the ‘Once Upon a Time in Hollywood’ Easter Eggs & References You Might Have Missed
In-DepthsponsoredJuly 31, 2019

All the References You Might Have Missed in Eminem’s “Godzilla” Video
MusicsponsoredMarch 10, 2020