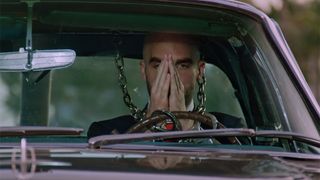 British magician Drummond Money-Coutts, or DMC for short, will star in a brand new Netflix series titled Death By Magic, which spotlights the magician traveling the world to recreate the stunts that previous magicians have failed to do – and with some at the cost of their own lives.

DMC has been performing for over 15 years and some of the stunts he’ll perform range from being buried under wet concrete to escaping a collision with a speeding train, and many more. The series will also delve into what went wrong during the disastrous stunts that other magicians have failed to do, while DMC shares his love of magic with others in the streets. According to Netflix, the series “spans four continents and eight cities around the world.”

Death By Magic premieres on Netflix on November 30.

Up next, ‘Netflix vs. the World’ documentary explores how the company changed the industry forever.