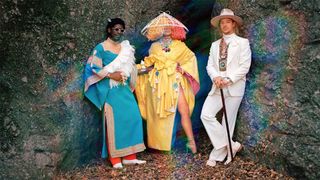 Diplo, Sia, and UK artist Labrinth have come together as LSD to release their first single, “Genius.” You can look forward to the triple threat effort appearing on the group’s forthcoming collaborative album.

Sia and Labrinth have previously joined forces on the Australian singer-songwriter’s Wonder Woman soundtrack effort, “To Be Human.” Diplo, who recently released his California EP, is reportedly working with Mark Ronson on a new project.

Diplo and Mark Ronson, together as Silk City, will be performing at Governors Ball in June.

In other music news, Christina Aguilera has made her comeback with a new Kanye West-produced track.