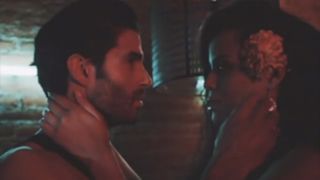 Prior to heading out on tour with Miguel later this month, R&B duo dvsn share the official music video for “Morning After” from their sophomore album, which dropped in October of last year.

The cinematic clip, directed by Santiago Salviche, finds two childhood friends being ripped apart from one another, only to rendezvous as adults. From there, the two are forced to go on the run from a gun-wielding aggressor.

Press play above to see what unfolds.

Also, head here for the dates and locations of dvsn’s upcoming tour alongside Miguel, then revisit their Morning After album below.