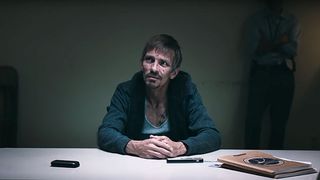 Earlier this year reports surfaced stating that a Breaking Bad movie would debut on Netflix and AMC and now we have the first taste. Watch the first trailer El Camino: A Breaking Bad Movie, above.

Breaking Bad fans have been anxiously waiting for a complimentary movie since the series finale in 2013. Nevertheless, the cast and crew managed to keep the project under wraps for the duration of filming. While promoting the fifth season of Better Call Saul,  Bob Odenkirk told the Hollywood Reporter, “I don’t know what people know and don’t know. I find it hard to believe you don’t know it was shot. They did it. You know what I mean? How is that a secret? But it is. They’ve done an amazing job of keeping it a secret.”

According to the New York Times, El Camino “will expand on the story of Jesse Pinkman, the excitable meth cook and former partner of Walter White.” The show’s creator, Vince Gilligan returns as writer and director.

El Camino: A Breaking Bad Movie debuts on Netflix October 11 and is expected to be broadcast at a later date on AMC.

The First ‘El Camino’ Reactions Are in and It’s Beaten Expectations
MoviessponsoredOctober 12, 2019

‘El Camino’ Has Finally Arrived & ‘Breaking Bad’ Fans Are Getting Too Excited
MoviessponsoredOctober 11, 2019
What To Read Next
Load More
Search Results
Load More