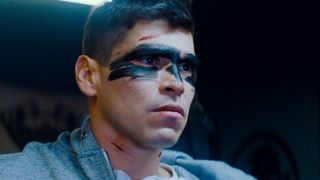 The trailer for El Chicano, aka the first all-Hispanic superhero movie, has arrived and it’s already gathering comparisons to Batman, John Wick, and The Punisher. Watch the promo above.

Raúl Castillo stars as an LAPD detective called Diego Hernandez, who has been tasked with investigating a dangerous local cartel, leading to revelations about his brother’s suicide. In a bid to rid his city of the gangs threatening to destroy it, Hernandez turns vigilante, resurrecting a street legend known as El Chicano, the “Ghetto Grim Reaper.”