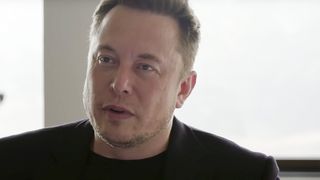 In an exclusive interview with HBO’s new news documentary series Axios, Tesla and SpaceX CEO Elon Musk has stated that there’s a 70 percent chance he’ll move to Mars thanks to recent technological breakthroughs — despite admitting any attempt to go to Mars comes with a “good chance of death.”

In the discussion, Musk was adamant that planetary relocation — enabled by his SpaceX rockets — would not be any kind of escape hatch for the super-rich, listing all the reasons why getting to and living on Mars would be far from luxurious. Those reasons included sitting in a little can going through dark space, a super-harsh climate, and not being certain you’ll be able to return to Earth. So not quite New Zealand.

Watch Musk discuss moving to Mars in the video above and then let us know what you think in the comments below.

NASA Confirms It Will Be Launching Tom Cruise Into Outer Space
MoviessponsoredMay 5, 2020