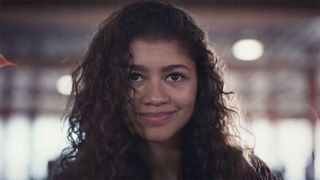 After finally receiving a release date, HBO shares the first full-length trailer for its new original series, Euphoria. Based on the Israeli show of the same name, Euphoria is produced in partnership with A24, as Drake serves as one of the executive producers for the high school drama series.

You can look forward to Euphoria premiering on HBO June 16.

HBO Had to Edit Out 80 Dicks From One Scene in Drake-Produced ‘Euphoria’
MoviessponsoredJune 14, 2019