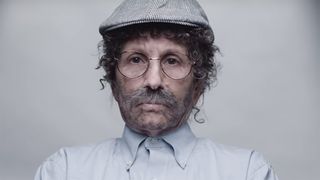 Ever wondered exactly what goes into building a proper disguise for spies, like real undercover operatives, not ones in the movies? WIRED recently got together with a former CIA chief to discuss just that for a new episode of Masterminds.

During the segment former Chief of Disguise for the CIA, Jonna Mendez, delves into what it takes to completely transform a person’s appearance. We quickly learn that there are many layers to a convincing disguise, going beyond that of simply altering hair and skin.

Mendez details how to change the shape of someone’s face and even their voice, disclosing that the CIA generally opts to age their operatives. Also, she notes that it is fairly easy to disguise a woman as a man, but almost impossible to accomplish the opposite.

To hear from the former CIA chief on proper disguise techniques, press play above.

In other news, Tim Cook warns of a “data industrial complex” and calls for tech privacy laws at the 40th International Conference of Data Protection and Privacy Commissioners.