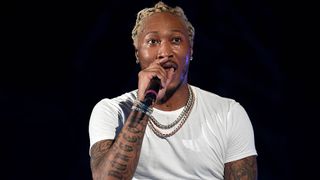 Less than a month after releasing his classic 2014 mixtape, Monster, on all streaming platforms, Future returns to deliver a new track. Here, we find the Atlanta artist linking up with Chicago’s Lil Durk on “Last Name.”

Future first previewed the track last month, but now, you can hear him crooning alongside Lil Durk by pressing play above.

Future has yet to announce any upcoming projects following his January 2019 release of The WIZRD. He has, however, appeared on recent tracks from the likes of FKA twigs and DVSN. You can revisit each underneath.