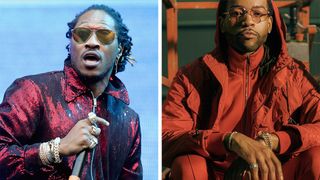 Future and PARTYNEXTDOOR are once again working with one another, here presenting “No Shame,” the first single from Director X’s upcoming SuperFly remake.

Future is not only in charge of the soundtrack for the movie, but he is also co-producing the picture itself, starring Big Boi, Michael Kenneth Williams, Lex Scott Davis, and Zaytoven, among others. Set to premiere June 14, 2018’s SuperFly is a rework of the 1972 classic.

Be sure to stay tuned for more surrounding the upcoming flick.

For more new music, be sure to listen to Playboi Carti and Travis Scott come together on “Love Hurts.”