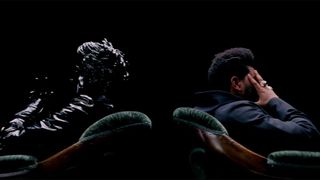 After previously teasing it on social media, Gesaffelstein has released a new single featuring The Weeknd. It’s titled “Lost in the Fire,” give it a listen below and check out the lush music video above.

“Lost in the Fire” follows the December release of “Reset,” Gesaffelstein’s first single release in several years. It too came with an arresting visual. Both tracks are expected to appear on the producer’s forthcoming sophomore album Hyperion, exact release date currently unknown.

The new single follows Gesaffelstein’s collaboration with The Weeknd on the latter’s My Dear Melancholy, EP, released last year. As Genius (and fans online) have noted, “Lost in the Fire” contains a potentially serious Drake diss, when The Weeknd sings “And I just want a baby with the right one/ ‘Cause I could never be the one to hide one.” The lyrics on Apple Music, however, refute this claim.

In other music news, Future has released an icy visual for “Crushed Up.” Watch it here.