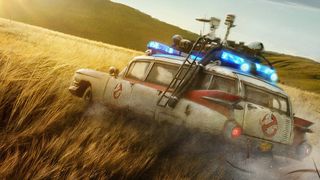 After learning that Bill Murray is reprising his starring role in Jason Reitman’s Ghostbusters reboot, we now showcase the first full-length trailer for the anticipated sequel. Ghostbusters: Afterlife serves as a followup to the 1984 original and its 1989 sequel, Ghostbusters II (which, fans will note, were directed by Reitman’s father, Ivan).Watch above.

For now, we know that the movie centers around a family who is forced to move back to a small town, following a series of unfortunate events. There, they soon discover unnerving secretes about their past as well as the town they’re now occupying.

Ivan Reitman works alongside his son for the latest installment in the Ghostbusters franchise, as he has been tapped to produce. The film is co-written by Jason Reitman and Gil Kenan. The film is not directly linked to Paul Feig’s female-led reboot, Ghostbusters, which arrived back in 2016.