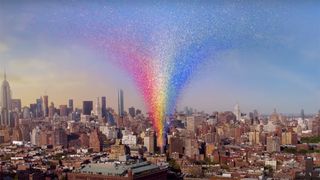 Alongside the LGBT Community Center of New York City (The Center), Google announces the creation of Stonewall Forever, an interactive “living monument” commemorating 50 years of Pride. Stonewall Forever harkens back to June 28, 1969, when police raided New York’s Stonewall Inn, one of the few places where LGBTQ would openly congregate. Following pushback from locals, the altercation became known as the Stonewall Riots, a turning point in the fight for LGBTQ rights.

We're proud to support @lgbtcenternyc in creating Stonewall Forever, a Living Monument to 50 Years of Pride. Explore the monument and add your piece at StonewallForever.org. #StonewallForever

As this year marks the 50th anniversary of Stonewall, the Stonewall Forever monument brings together those from the Stonewall era with today’s LGBTQ community. The monument consists of digitized historical artifacts, oral histories referencing the early years of the movement, interviews with those championing LGBTQ equality, and pictures and messages from people all across the globe.

While the physical Stonewall National Monument is located in New York’s Christopher Park, anyone can experience Stonewall Forever online and through an augmented reality app.

You can also learn more about the past, present, and future of Pride by watching Ro Haber’s short documentary below. The film highlights various activists across multiple generations as they delve into the Stonewall legacy.