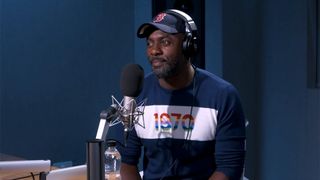 Just days after confirming that he will not be the next James Bond, Idris Elba, recently stopped by Beats 1 London and chatted up with host Matt Wilkinson.

The two delved into a variety of topics ranging from the Golden Globe-winning actor’s directorial debut with Yardie, as well as creating the soundtrack, his life growing up in London, a potential collaboration with A$AP Rocky, and many more. Read a few notable takeaways from the conversation below, and for its entirety, enjoy the interview in the featured video above.

On his directorial debut…

“I found it a blessing, I mean I’ve had the privilege to watch a lot of directors work in my career as an actor but then here I am in the front seat! I really loved it, I’ve had an an amazing experience. I think I learnt a lot about about directing on the job. I think it’s a great movie and I’m really proud of it but at the same time it’s my first one and I’m open to say there’s things that I learnt about myself and the film.”

On potentially working together with A$AP Rocky…

“Yeah, A$AP and I – we share a mutual friend Hector Delgado who is his engineer and producer. I love A$AP, he’s a good soul. And every time we meet each other we’re like, ‘let’s work’. Not necessarily music – he wants to act, he does act, I want to do music. So we just collaborate and we nearly made it happen… it hasn’t happened. Skepta is a good friend also, and they connect. So we’re just in a circle where there’s a possibility.”

Now, have a listen to the Yardie soundtrack via Apple Music below.

Up next, this picture of Keanu Reeves going H.A.M on a horse is taking Twitter by storm.