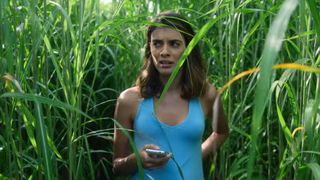 Some places have a mind of their own, even in a fresh field of tall grass. With IT: Chapter Two still dominating the box office, another Stephen King novel had been adapted in a new haunting Netflix film called In the Tall Grass.

Based on the story by King and Joe Hill, siblings Becky and Cal hear the cries of a young boy lost within a field of tall grass, they venture in to rescue him, only to become ensnared themselves by a sinister force that quickly disorients and separates them. Cut off from the world and themselves, they slowly lose their grip on reality and a way out of the madness.

Written and directed by Vincenzo Natali, In the Tall Grass will stream on Netflix on October 4. Watch the trailer above.

Watch the First Trailer for the ‘Call of Duty: Modern Warfare’ Reboot
LifestylesponsoredMay 30, 2019