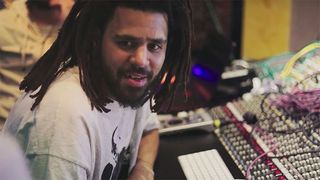 J. Cole took to Twitter this week to reveal that Revenge of The Dreamers III is set for release this Friday, July 5. Now, ahead of the album’s arrival, a new documentary has dropped that takes you behind the scenes during the record’s production.

The 30-minute short, which you can watch above, is titled REVENGE: A Dreamville Film and catalogs the sounds, experiences, and creative and competitive processes seen and heard in Atlanta’s Tree Sound Studio during recording earlier this year.

Revenge of the Dreamers dropping this Friday. https://t.co/3JxZT4RMqT

J. Cole has also released a couple of tracks from the album that are available to stream via Apple Music: “Costa Rica,” featuring Cozz, Reason, and Childish Major, and “Lambo Truck,” featuring Bas, J.I.D, Smokepurpp, and more. Listen below.

Previously shared tracks “Down Bad” and “Got Me” will also feature on Revenge of The Dreamers III.