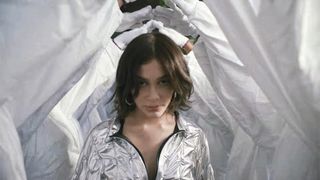 Burgeoning Filipino-Australian singer Jess Connelly just dropped the official video for her latest single “On My Way Up,” off her recently released JCON mixtape.

ON MY WAY UP ??? out now via @billboard Directed by: @pacoraterta

Directed by Paco Raterta, the visual depicts a collage of scenes that evoke a dreamy atmosphere sequencing from a funky photo shoot, to diving in the ocean and dancing on a deck, as it all perfectly complements the tune’s message of attraction and change.

Having already garnered a large following in the Philippines especially with the underground R&B scene, Connelly also explained the meaning of the single to Billboard. “On the surface, it’s a flirtatious exchange, but beneath it, I’m asking the other to keep up with me on my way up,” she said.

Jess Connelly is also slated to jump on tour with Bay Area-based DJ Noodles, and the full dates are listed below. You can also purchase tickets here.

Also, have a listen to Jess Conelly’s JCON mixtape via SoundCloud.

In other new music, City Girls share their feisty video for “Millionaire Dick.”