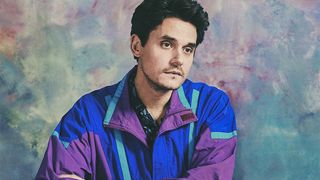 Following an appearance on Hot Ones, the world’s best-dressed rock star, John Mayer, is back with a new single. Here, we find the singer-songwriter/guitarist joining with No I.D. for “New Light.”

The track, released through Mayer’s own label, Snack Money, was debuted on Apple Music’s Beats 1 Radio as Zane Lowe’s “World Record of the Day,” accounting for the musician’s first release since 2017’s The Search for Everything.

“This song was not easy to write lyrically,” Mayer noted of the No I.D.-co-produced tune. “It just wasn’t. It was written out of sequence… There’s code-cracking involved.”

This summer you can catch John Mayer on tour with Dead & Company. Follow here for dates, locations, and tickets.

In other music news, here’s how Beach House became one of hip-hop’s favorite indie bands.

John Mayer Shows the Making of His New Single “Carry Me Away” in Official Video
MusicsponsoredSeptember 6, 2019