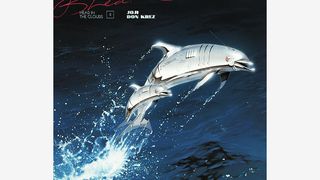 Joji and longtime DJ Don Krez end summer on a high note with their new anthem “Breathe.” Dropped Wednesday night, “Breathe” is a straight up pop hit with an elegiac and atmospheric beat as Joji puts his heart on his sleeve opening up about love, lust and missed connections.

The single will be apart of 88rising’s Head in the Clouds II, which will arrive Oct. 11. Alongside “Breathe,” the compilation will also include the previously released singles “Indigo” by NIKI and “Just Used Music Again” by Rhyme So.

Listen to Joji’s latest bop in the video above, or stream it on Apple Music and Spotify now.

Here’s How Seoul Is Getting Those Late Summer ’Fits Off
StylesponsoredAugust 16, 2019