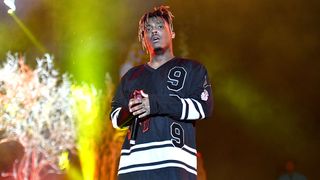 “Robbery” ultimately finds Juice WRLD lamenting a past love, a theme that continues to be expressed in his music. The new song was premiered today as Zane Lowe’s World Record.

A Deathrace for Love will serve as a followup to Juice WRLD’s 2018 joint album with Future, WRLD on Drugs, as well as his solo debut, Goodbye & Good Riddance, from May of last year. The new album is due out on March 8.

Also, be on the lookout for Juice WRLD’s “Robbery” video dropping tomorrow.

Song out tomorrow , video by Cole Bennett out on the 14th

Young Thug Confirms He Has a Joint Album in the Works With Juice WRLD
MusicsponsoredAugust 24, 2019