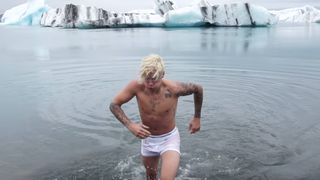 Associated Press reports that Justin Bieber fans have descended upon Iceland’s Fjadrárgljúfur Canyon in epic numbers since the release of his 2015 video for “I’ll Show You,” contributing to its recent closure. The Icelandic Environment Agency estimates that since the release of the visual, an estimated one million people have visited the canyon and the results have been disastrous for the local ecology.

According to Lonely Planet, the Fjaðrárgljúfur canyon in southeast Iceland was often overlooked by tourists until it featured in the video to Bieber’s Skrillex-produced track. The travel “site wrote that since then it’s been overrun by visitors and the intensity of foot traffic has wreaked havoc on its fragile vegetation, forcing local authorities to close it to the public.”

Nevertheless, the Canadian singer remains popular in Iceland. AP states that around 12 percent of Iceland’s entire population attended his concerts in Reykjavík a year after the video was released. More attention and potential damage is ultimately in store for Fjaðrárgljúfur as the final season of Game of Thrones features scenes filmed at the canyon as well. Stay tuned here for more updates on the region.