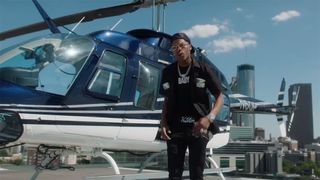 In support of their recent compilation album, Control the Streets Volume 2, today Quality Control shares the music video for Lil Baby‘s “Back On.” The visual arrives as Gucci Mane just dropped a new track with Lil Baby, titled “Tootsies.”

Lil Baby documents his rise to fame in “Back On,” as he is seen going from the streets of Atlanta to rooftops with helicopters. Press play above to watch the clip.

Quality Control released Control the Streets Volume 2 back in mid-August. The album features contributions from numerous artists on the label, including Lil Baby, Migos, Lil Yachty, DaBaby, City Girls, and many others.

Rumor has it that Lil Baby has an album on the way that could very well be releasing before the end of the year. Additionally, he is reportedly working on Super Slimey 2 with Young Thug, Future, and Gunna.

Lil Baby Travels Around the World in “Global”
MusicsponsoredJanuary 31, 2019

Yee-Haw Redemption: How Black Cowboy Culture Rode Its Way Back to Relevance
MusicsponsoredMarch 14, 2019