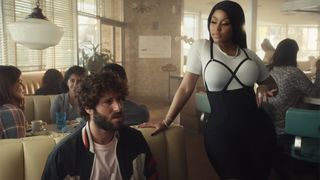 Madden NFL 19 is due out next week. Ahead of the launch date, EA Sports shares a new promo ad surrounding the video game.

In other video game news, parents are hiring ‘Fortnite’ tutors for their kids.

You Can Buy Off-White™ and fragment 1s at One Block Down Today
SneakerssponsoredFebruary 19, 2020
We Recommend