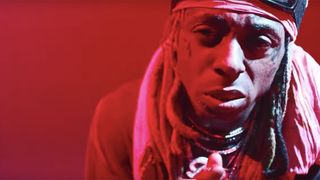 Lil Wayne and Swizz Beatz recently linked up on “Pistol on My Side,” which you can revisit below. In case you missed it Lil Wayne’s Tha Carter V made its debut at no. 1 when it was released in September.

In other music news, Future and Juice WRLD dropped their collaborative mixtape ‘WRLD on Drugs.’