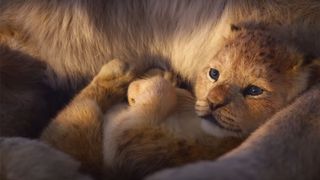 The first full-length trailer for Disney’s live-action remake of  The Lion King dropped during Sunday’s Oscars.

Disney dropped a teaser back in November that racked up an astonishing 24.6 million views in its first 24 hours. The first full-length trailer gives a little more insight into what the new film will look like.

The footage features dramatic shots of the African savanna. Rafiki and a newborn Simba feature, as in the opening of the original cartoon. And just like the original, James Earl Jones will voice the role of Mufasa.