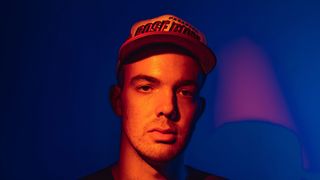 Cued Up is Highsnobiety’s celebration of upcoming talent. Within these stripped down performances, we spotlight a rising artist who is bringing something new to the world of music and capturing our hearts, minds, and ears. This week, we’re featuring Mac Ayres, a self-produced R&B singer that is taking his talent from Long Island and spreading it to the rest of the world.

Mac Ayres is only 21 years old, but he has an old soul. This personality trait comes out in full form when you listen to his music which is heavily influenced by his idols Michael Jackson, Stevie Wonder and D’Angelo. Hours before dropping his debut full-length album, Something to Feel, Ayres stopped by the Highsnobiety office to perform his Jack Dine-assisted single “This Bag.” In-between the intimate set, he also told us about his early development as an artist and how he successfully went from being a college dropout to independent artist.

For more videos from the ‘Cued Up’ series, check out our previous session with Col3trane right here.

A Mac Miller Mural Has Popped Up in His Hometown of Pittsburgh
MusicsponsoredJanuary 8, 2020