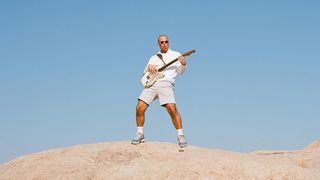 Just a month out from dropping his debut album, Mac Ayres has returned with his first-ever music video. Album-cut “Get to You Again” receives a sunset-hued visual that will have you reminiscing over that barely finished summer fling. Watch it below.

“Get to You Again is a song that I wrote about getting back into my stride as a songwriter and producer, while also dealing with the hardships of a long distance relationship,” he says. “This video is a representation of the latter. It tells the story of two people that are separated geographically yet constantly thinking about one another. The vision for the video was put together by my label and business partner (Rob) and our director and close friend Undine Markus.”

Revisit Mac Ayres’ debut album Something to Feel below via Spotify.

For more of our premieres, check out MUNYA’s video for “Hotel Delmano” right here.

You Need to Win the ‘League of Legends’ Championship to Get This Louis Vuitton Trunk
LifestylesponsoredSeptember 22, 2019