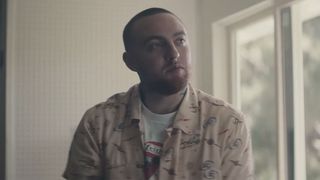 Last night’s installment of the Shangri-La docu-series saw the late Mac Miller open up to host and Rick Rubin about vulnerability in songwriting and making. The show documents conversations between Rubin and the artists he’s worked with. In the clip released by Showtime, Miller speaks on working with the producer on making what would be his final album, Swimming.

Miller and Rubin discuss the record and what it takes to make highly personal music. “It’s been an interesting journey for me to realize that the goal here is to just to be as much me as possible,” explains Miller. “That’s the only goal and how do we get that out of me into whatever we’re making. You know you make this super personal ass, stripped-back song where there’s no bells and whistles and that the only thing that’s carrying the song is you.”

Check out the clip above.